The existence of ego is a myth. In reality there is no actual entity called an “ego” (a noun), there is only the mental activity, the process, of egoity (a verb). Ego is nothing more than an imagined identity, simply a collection of thoughts many people believe to be who and what they are.

Egoity is a waking dream, or often a waking nightmare, that many people have identified with and therefore have trapped themselves into. Once shut inside this dream it can feel as if it is a prison that there is no escape from.

Because it has no substance we can easily see why the self-centred ego often drops away at times of extreme crisis such as an earthquake or other life-threatening situation. It may also drop away during intense creative effort, when attention is devoted to the process of creating and not to thoughts of who the creator is and what he or she is going to get out of the result of creating.

In some spiritual circles there is talk of “ego death”. But what is this death, really?

To understand ego death we must first be clear as to what ego actually is. What is it that dies?

Ego, or egoity, is nothing more than:

When we live from the above, our egoic thinking spawns the emotions we are so familiar with, including apathy, grief, fear, greed, lust, anger, pride, hatred, envy, jealousy, and so on, and so on …

The essence of egoity is simply this:

“Egoity is unconsciousness; because of which we tend to sleepwalk through life in a waking dream in which we imagine ourselves to be our physical bodies”.

And when we know ego death to be simply the death of ignorance, the awakening from the slumber of unconsciousness, there is absolutely nothing to fear.

There are no benefits for ego

What is often called “enlightenment” or “awakening” offers ego absolutely nothing – no healing, no wealth, no happiness in the world and so on. There are no worldly “benefits” or “gains” bestowed upon us by enlightenment, which is why it cannot be sold through the consumer society principle of “What’s in it for me”, often abbreviated to WIIFM?.

The awareness of who and what we really are as our mutual one Self, the silence of the Heart, the already and always existing “I AM” Divine Consciousness, only becomes fully incarnated when we dispense with our desire to gain something from enlightenment and simply love truth.

Anything else is merely commerce …

Every motive other than unconditional love is part of the matrix of delusion, the consumer society, veils of mind that cloud our clear perception of who and what we really are.

Divinity does ALL the work

In reality ego never actually “does” anything. The “doing” of ego only seems to happen within the context of the dream. And only through our ignorance of reality do we imagine that we, when identified with ego, can do something to change the way events of the world work out.

The truth is that Divine I AM Consciousness does all the work involved in this drama, this play called life. It always has done all the work, and always will do.

So just relax and enjoy the ride … 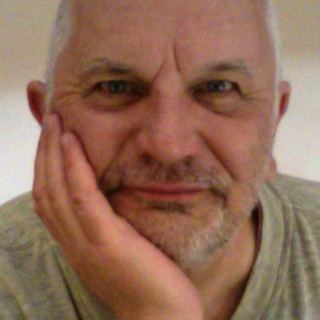